This lovely image is Iranian.

I like playing Scrabble, but I’m not competitive. The challenge presented by the board in hand and the variety of options, limitations placed upon moves is sufficient. Sometimes the layout feels like an art form. It’s fun to enliven the game further by restraints such as allowing only nouns related to e.g. writing, for words of 4 letters or more. Going to an event based on competition would spoil the enjoyment completely.

It seems that the lack of competitiveness has a worthy origin.

Chess is thought to originate in India, before the 6th century AD and then spread to Persia, pictured here.

Chess reached Southern Europe via Arabs and Muslims, and by the 15th century it had evolved into its current form.

The “Romantic Era of Chess” was characterized by swashbuckling attacks, clever combinations, brash piece sacrifices and dynamic games. Winning was secondary to winning with style and the focus was upon artistic expression. I’d loved to have been an audience then before the style changed, in the 19th century, to one of technical mastery and long-term planning.

In presenting our fiction to the world we writers are exhorted to use multiple techniques to gain sales.  Innocent days of creating the best that our talent and art form allow, end. Months of miserable media-bashing follow. What contrasting activities, what different emotions!

Reading about the origin of chess brings similarly opposite emotions to reading self-help books that teach tricks of beating algorithms or garnering a following. It’s these books themselves that sell in huge numbers, their authors then ‘teaching’ a system to all other writers on the basis of this ‘sure’ success.

How sad.  William Boyd, Anne Tyler, Kasuo Ishiguro novels, say, may have comparable Amazon sales rankings with a very badly produced book on Twitter techniques. Even the most reputable newspapers may show best-selling books for their Top Twenty rather than a list of most highly regarded fiction.

ry of marketing ploys and long-term planning of a marketing campaign is what sells books and makes a winning writer. Thank goodness that reputable writing competitions rely on writing judges, not the amount of ‘votes’ an entrant can grab via social media. Nowadays, all of us writers are pushed into this.

I wonder whether a ‘romantic era’ for art forms will ever return. 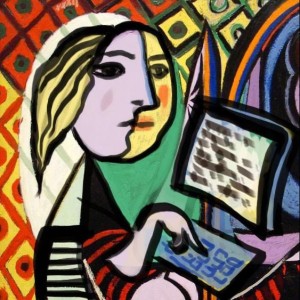